November 02, 2014
Last night Thijs Wesselink and I went on a mission to take night shots in the Port of Rotterdam. It turned out to be quite the mission. The Industrial area starts around the corner of my home, but we ended up driving over 60 kilometers to the other end of the harbour before finally taking some photos. The city's harbour is extremely huge! 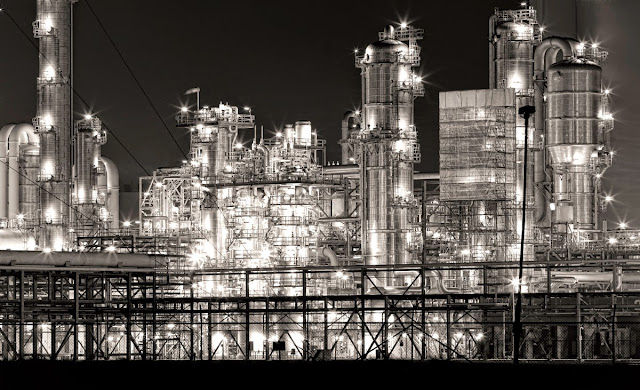 Along the way we encountered the most amazing industrial lanscapes, but unfortunately there was no place to park the car along the secured roads. As you would expect ... most of the areas are not open to the public. By the time we spotted a first location to stop, we ended up in a scene with some dodgy guys in black climbing fences and being chased by security guards with light torches. Reason enough to hit the road again ... 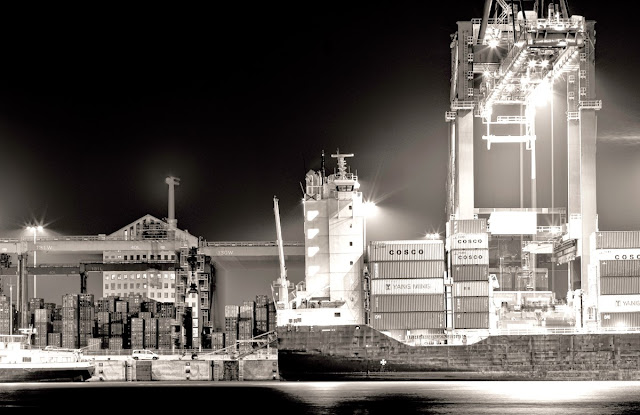 Despite all, I finally did get some fair shots. I love how these areas are lit up during the night. It really gives an interesting look. The first photo is a plant from the company Neste Oil, funny enough their website seems greener than Greenpeace. The chimneys (below) belong to E.ON, a German energy company. 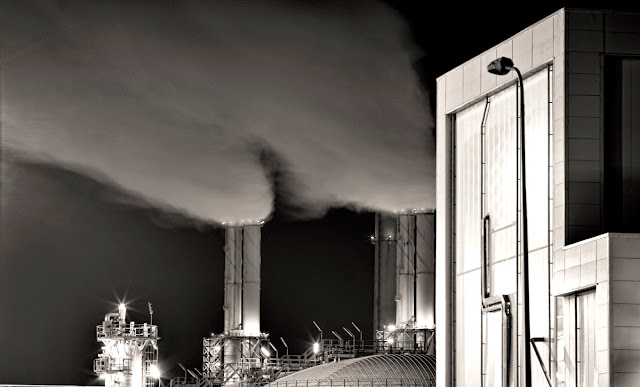 All these images were shot with a 135mm prime in combination with an APS-C sensor (200mm FF equivalent). As a result the photos look flat / lack any depth. It was simply impossible to get closer to the 'action'. It would be great to one day get access to one of these plants. I am sure that would result in more interesting shots. Nevertheless I am am happy with the results.

Click here to view the photo location in Google Maps. After some research on Maps I also discovered some other potential spots. I am determined to return soon.